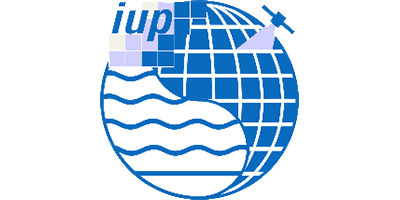 The University of Bremen (German Universität Bremen) is a university of approximately 23,500 people from 115 countries that are studying, teaching, researching, and working in Bremen. It has become the science center of North West Germany. It is one of 11 institutions which were successful in the category "Institutional Strategies" of the Excellence Initiative launched by the Federal Government and the Federal States. The university was also successful in the categories "Graduate Schools" and "Clusters of Excellence" of the initiative. The Institute of Environmental Physics (IUP) at the University of Bremen (UB) (http://www.iup.uni-bremen.de/eng/) is one of the leading European research institutions in the field of ground- and space-borne remote sensing of the atmosphere.  The satellite sensors GOME (on ERS-2) and SCIAMACHY (on Envisat) were proposed and supported by the IUP-UB team since the early 1990s. IUP-UB is one of the drivers behind the GeoSCIA/GeoTROPE initiative, now implemented in parts as Sentinel 4 on MTG-S and more recently, with its international partners, proposed the CarbonSat mission concept to the ESA Earth Explorer 8. Parallel to the satellite studies, an important number of ground-based and air-borne remote-sensing experiments are carried out by IUP scientists, using microwave, infrared and UV-visible spectroscopic techniques. The IUP-UB team is strongly involved in the analysis of GOME, SCIAMACHY and GOME-2 data and its scientific interpretation. Major focus of IUP-UB research has been the development of various scientific algorithms for the retrieval of tropospheric and stratospheric data products from the spectral measurements provided by GOME, SCIAMACHY, GOME-2 and GOSAT, including important long-term data sets on tropospheric reactive gases as well as GHGs. The IUP-UB team was directly involved in the SCIAMACHY definition and building phases, is involved in the development of innovative radiative transfer (e.g., SCIATRAN) and retrieval algorithms (e.g., BESD), and has fundamental know-how in satellite data processing, validation and interpretation. The IUP-UB has been successfully involved in a large number of national and international projects and studies, related to satellite data retrieval algorithm development, to the improvement of the data quality of operational algorithms, to the generation and delivery of satellite data products and to the validation of satellite data (e.g., EU ACCENT, AMFIC, GEMS, GEOmon, IMECC, ... , and ESA GHG-CCI, SQWG, ADVANSE, ...). IUP-UB has been involved in major pre-CAMS/C3S activities (PROMOTE, GEMS, MACC, MACC-II and MACC-III) and is currently involved in CAMS (generation and delivery of GOSAT XCO2 in quasi near-real-time) and C3S (C3S_312a_Lot6 project lead).

Retrieval of satellite XCO2 from NASA’s OCO-2 mission using a new very fast algorithm including data quality assessments (WP1). The data products will be made available for inverse modelling and other applications. The retrieval algorithm development and its application will primarily be carried out by satellite CO2 retrieval expert Dr. M. Reuter.